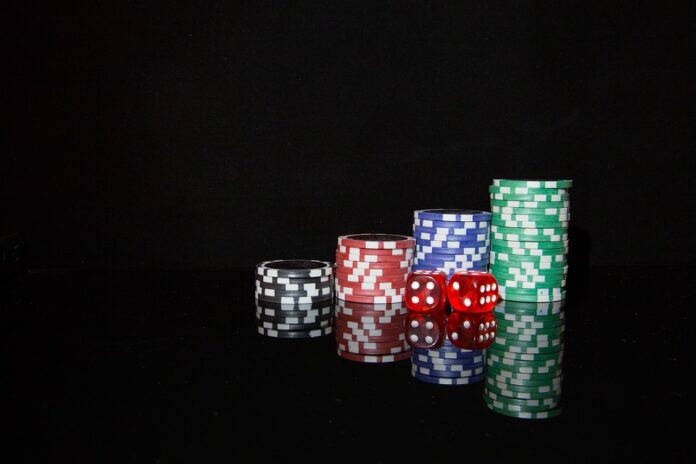 The US poker industry is booming, with the online sector experiencing significant growth. In July 2022, some states saw growth of up to 31% on the previous year – indeed, of the states offering real money games, all of them showed growth month by month, and only New Jersey saw a fall year-on-year. The growth can be attributed to the growing trust in the sector, improved offerings from developers and a renewed interest in playing online as the premier poker event, the World Series of Poker, took place in June.

Looking at why online poker grew month on month is interesting, but it doesn’t tell the full story of the online poker industry, which has a rich and complicated history within the US. Indeed, to fully understand the game, one has to consider the origins of poker in the country long before the internet game took hold. That gives a more well-rounded overview of online poker’s journey through history. This is our guide to online poker’s journey in the United States.

Poker came to the US courtesy of French settlers during the Louisiana Purchase. They played a basic version of the game, known as poque, which gained traction on the Mississippi riverboats, traveling along to the Wild West. The variant now known as Texas Hold’em originated there in Robstown.

In the late sixties, poker pioneers such as Doyle Brunson introduced Texas Hold ’em to Las Vegas, then a growing gaming city. It was adopted as the variant of choice for the World Series of Poker, an event that barely warranted a few newspaper lines outside of Nevada. In the late 90s, everything changed as the internet began taking hold worldwide.

Free online poker was being played as early as the late 90s, with the first real money games offered in 1998. At the same time, a film called Rounders, starring Ed Norton and Matt Damon, dropped. It told the story of a law student who planned to take the $1m top prize from the World Series of Poker.

Just five years after the first real money poker game was dealt, Chris Moneymaker qualified for the 2003 World Series of Poker via a satellite game from his home. He went from amateur player to champion, taking the $1m prize, and the poker boom was born. Immediately, players flocked online, and in 2004, Greg Raymer qualified for the tournament online and took the top prize, confirming the dream of playing online, qualifying for the top tournament, and winning.

Online poker companies began to float on the stock exchange, with PartyPoker achieving an initial public offering market value of over $8bn. By February 2010, 545 online poker websites were operating freely worldwide. The poker boom was in full swing.

Everything came crashing down on Friday, April 15, 2011, as the US Department of Justice seized the domain names of three leading providers, freezing the player’s bankrolls. Sites were accused of breaching the Unlawful Internet Gambling Enforcement Act, as well as additional charges of bank fraud, money laundering, and illegal gambling. PokerStars, one of those affected, almost immediately paid $1bn in fines. The industry was all but closed down.

Very quickly, some states began to put legislation in place to allow online poker. Unsurprisingly, Nevada came first, and others such as Delaware, New Jersey and Pennsylvania followed. Online poker in the US might have been affected, but around the world, the industry was still strong. The positivity around the original poker boom couldn’t be dampened – the world had been awoken to poker, and Black Friday was merely a setback, not a mortal blow.

Online poker has a strong future in the US. Two states, West Virginia and Connecticut, currently have provisions for games but cannot offer them as their potential market is too small. They’re awaiting neighboring states to come online so they can sign an interstate poker compact, as is the case with Nevada, Delaware, and New Jersey. Other states, such as Iowa and New York, are also considered close, making the future of online poker in the US very bright.

If you enjoyed this article, there are plenty of others in our business section that you might also like.