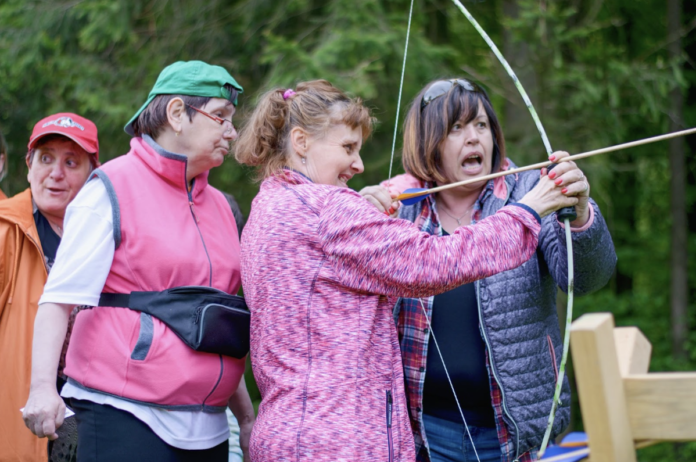 Autism in Adult Females — A Quick but Comprehensive Overview

Did you know that autism is way more common among males than females? The reason why that is the case is not clear, and the discrepancy between sexes does not seem to be going anywhere. In their quest for a clear answer, specialists go many different ways in their research. Some favor biological reasons as the most probable, while others take a more socially-oriented approach and question how autism in adult women (as well as girls) is diagnosed.

Men and Women With Autism — How Do They Differ?

From our brief allusion to statistics in the introduction, it’s logical to assume that there is something that makes female autism so different from male autism, be that a social or biological factor.

If we focus on the former, that is, the social aspects of diagnosing autism, we have to mention that females tend to be diagnosed much later in life. In fact, most people diagnosed with autism are young boys, and girls don’t attract the attention of specialists until they start showing more severe signs of this disorder.

That might suggest that early signs of autism are much tougher to spot in females. However, it might also tell us that we are preoccupied with male symptoms, which can lead us to over-exaggerate the gap between the sexes that we mentioned. But is that really the case?

Some research disagrees. Namely, there are studies being conducted that support the notion of the sex gap being a result of biological factors. That is, boys seem to be more prone to certain gene expressions that are directly linked with autism, while girls have the good fortune of being exempt from such gene mutations.

Symptoms of Autism in Adult Women

If we think back on what we said about women being diagnosed later in life, and if we agree that some biological factors are at play, too, we’ll conclude that autism symptoms in women must be more subtle. In other words, we’ll have the same or similar kinds of symptoms we’ve come to expect from male patients but subdued.

For example, applied behavior analysis shows that women with autism will show a much greater desire to fit in with others in their surroundings than men will. That explains the diagnosis problem somewhat. Namely, as autistic women are more likely to imitate their peers and blend in, the specialists in charge of diagnosing them will have a much tougher time noticing any symptoms.

Women with autism are also less likely to show a lack of interest in a wider variety of topics and activities. They will avoid repetitive behavior much more often, and they will settle for what is deemed socially acceptable more often than men.

Of course, each person on the spectrum is an individual, and professional assessment will always be required in each patient’s case. But, if we want to make any kind of conclusion, we can say that men and women on the spectrum share most of the common symptoms, although women tend to hide them better.

Other common symptoms include:

Since autism is a spectrum, and since each individual will have their own problems to deal with should they get diagnosed, coming up with a universal solution is not only hard but impossible. Actually, coming up with any permanent solution is impossible, and autism is basically for life. However, there are some things that can be done to manage it and make the lives of those unfortunate enough to have autism easier. One such solution is applied behavior analysis, or ABA for short.

ABA is the most common strategy for dealing with autism. In short, it entails tracking behavioral patterns in order to understand them and figure out what causes them. That means it is highly flexible, being able to accommodate virtually every patient’s needs. Of course, the main goal of ABA is to encourage and reward more constructive behavior while doing everything to mitigate unwanted conduct.

ABA specialists and ABA behavioral therapists focus on teaching and improving all relevant social skills without wasting time on treating harmless behavioral patterns. As you can imagine, the exact treatment will depend on the individual, but most assistants will focus on the following:

How Can It Help Women?

With an ABA certified therapist working with them, women can find comfort in having a companion on their journey to a more productive life full of healthy social interaction. Since ABA therapy can be conducted everywhere, each woman will be able to find a strategy that works for her and focus on improving her social skills in a safe environment.

The most important benefit of ABA therapy for adults is that it allows those on the spectrum to become more independent. Being able to live on one’s own terms, find and maintain a job, get into education, and become more involved with one’s peers and community are all aspects of a fulfilling life, and being able to enjoy such things is miraculous for one’s progress when combating something like autism.